“These numbers show that the impressive sales generated in the first month of legalized recreational cannabis sales were no fluke – and this is only the beginning,” said Gov. Lujan Grisham. “We’ve established a new industry that is already generating millions of dollars in local and state revenue and will continue to generate millions more in economic activity across the state, creating thousands of jobs for New Mexicans in communities both small and large.” 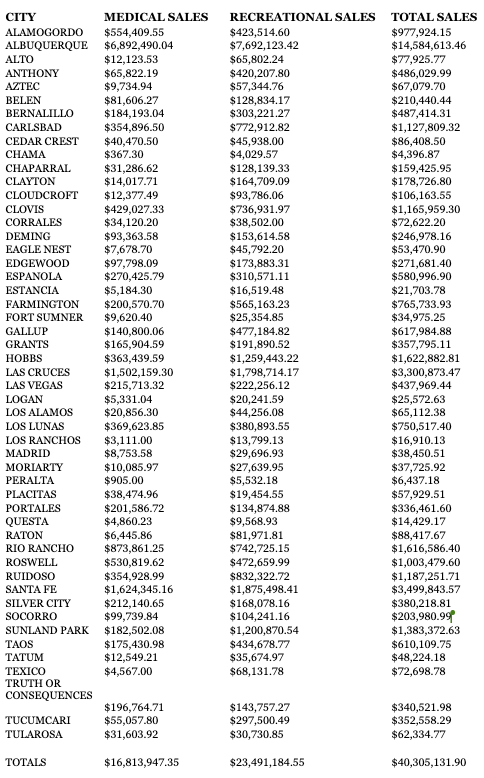 The Cannabis Control Division releases sales numbers monthly, with data being available at the beginning of each month for the month prior.